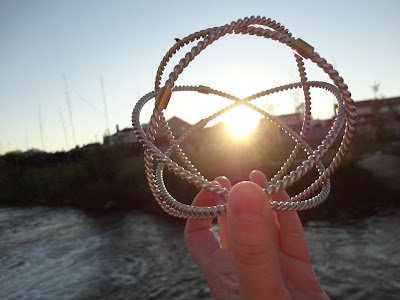 For more information and to place orders outside of Portugal, Madeira and Azores, please send an e-mail to: marianaalvesda.costa@gmail.com

Mixing these 3 tensor frequencies with other  ones in the making of Harmonizers and Seeds/Flowers of Life (this type of Sacred Geometry) creates unhealthy distortion energy fields.
I brought Ra-Mu and Sacred Continent frequencies to this world to work in a perfect harmonious energy system as Solo, Duo and  Trio with the Viking cubit. I must advice CAUTION and to follow the rules for the best results.
In case my Golden Rule is broken and these frequencies are mixed (brazed) with other frequencies in Harmonizers and Seeds/Flowers of Life, the energy system will "shut down"; meaning that the tools will not work. This system protects the people that has no knowledge and no fault that the  maker of the tensor tools disregarded my Golden Rule.

Though, these 3 frequencies can be played with other frequency rings or other types of tensor tools.

Here's some golden hints to get better results with these tensor frequencies:

ENGLISH
For the people who would like to have the complete documentation and product line information, please send an e-mail to me, Mariana: marianaalvesda.costa@gmail.com

3 New Frequencies awake at this time (2015/2016) of such a massive quantum evolution leap on Earth! The 1st frequency, VIKING, was discovered by Godfrey and the other 2 frequencies by Mariana Alves Soprano: RA-MU and SACRED CONTINENT. 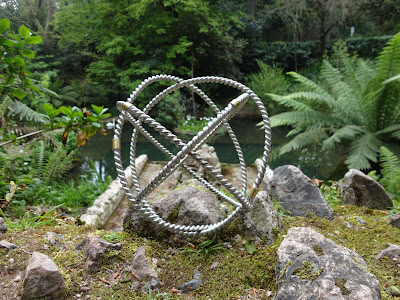 What are Tensor rings? More info on the links below.
http://www.slimspurling.com/

The Viking cubit was discovered by Maurice’s friend Godfrey (Netherlands) in an old book about the history of the Vikings. He found this measure repeated through out the book and was intrigued by it. He told that to Maurice and Maurice told it to Mariana. She used her dowsing abilities to inquire about it and they both decided to try out this measure in tensor rings.

The energy of this frequency embodies the Sacred Feminine, subtle, beautiful, gentle energy, carrying the secret spark of life, like a white, light-pink, yellow beam of light that has no beginning and no end, with a constant infinite flow. It’s very good for sleep and emotional disorders, muscle disorders and it has great results on tooth pains.
Element: Water. Works the 1st, 5th, 6th and 7th chakras.
It is connected to Civilization/Continent Atlantis.

It can be used as a straight line cubit. Tools that can be made out this frequency, cubit fractions and combinations: 1/16; 1/8; 1/4; 1/2; 1 cubit and so on... : tensor rings; acu-vac tensor coils; TFG, 4 rings; gaia spheres - 6 rings ; pendant, pocket, travel and home sizes harmonisers; seed/flower of life; infinity hearts. 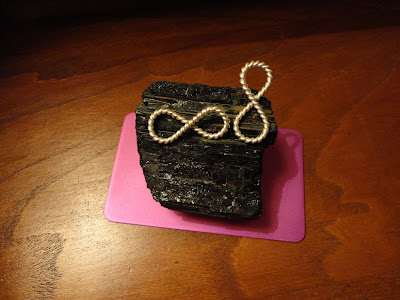 Ra-Mu brings you back to your True ESSENCE.

The Ra-Mu cubit was discovered by the Portuguese Mariana Alves Soprano, Master Holistic Indigo Healer and Professional Opera Singer (Composer, Pianist) while on vacation in the Netherlands on October 21st 2015. Excited by the discovery of the Viking frequency immediately jumped over her old books about the Lost Continent Lemuria, having the feeling that would find something there. After searching in the books from 10 pm till 3 am nonstop, she ended up with a headache and heavy eyes and no measures!! But in the next morning she jumped out of the bed excited with 2 possible junction numbers for the next frequency that she saw in her dreams. These numbers were in fact all over the book about Lemuria and were engraved on her mind and the right combination came to live!

The emblem of Japan still carries the ancient Lemurian emblem: the SUN - The Circle - The Sphere - without beginning or ending - the eternal circle of life.
RA-MU frequency is part of Lemuria, the birth of mankind on Earth.

Lemuria was the great continent that was considered the “Motherland” in this planet around 12,000 years ago,  in this Universe called “DERN”. The Land of Mu exists in another Universe called the DAHL Universe, and is the land where the Original Lemurians came from over 4,500,000 years ago.

The name MU was also given to the huge spaceship in which the Lemurians traveled from their Motherland when they first came from the Dahl Universe. The original “Land of Mu” basically resides very close to the place that we know as the constellation of Cassiopeia.
Many of the beings who originally ventured out from the ship of Mu are some of the beloved ascended masters that we know. The captain of this great ship, in whose command ship was entrusted, was none other than the Beloved Master Sananda, also known in his last incarnation as the Master Jesus. They ALL work relentlessly guiding us “back home” to the “Heart of MU”, the place of love and compassion and of paradise that many of us are now so longing to reconnect with.

Ra-Mu frequency wakes up the memories, the codes that are still stored in the cellular structures of our bodies and in the infinite chambers of our hearts.

From the 3 new discovered frequencies, this is the strongest one. It has a Vertical energy, creating an endless and unbreakable torus energy field. It clears all PASTS, PRESENTS and FUTURES in many dimensions, inter-dimensions, worlds and all in 2 Universes.
Has a more Divine Masculine energy touch. Perfect for channel healers: one ring or a tensor field generator on the head connects you with the speed and power of a thunder ray of light activating you to work in a blink of an eye!
Element: Volcanic Fire. Works the 2nd, 3rd, 4th and 6th Chakras.
The best Pain Killer!!!

It is compatible with all the other frequencies already available to the public. 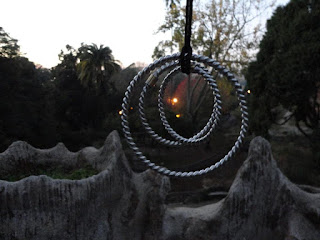 The Sacred Continent cubit was discovered by the Portuguese Mariana Alves Soprano in October 26th, 2015 in Portugal. After her 1st discovered frequency, she had a dream where one of her Guides told her to keep working on the frequencies because she needed to find more frequencies in it is right time. This measure it’s Mariana’s studied combination of the measures of “The Mound Builder’s Calendar Stone” found in the Ouachita River, Hot Springs, Arkansas, USA. The Mound Builders of North America is a prehistoric race connected to Mexico and MU, The Motherland of Man. They left engraved in stone the same knowledge about the Sacred 4 Primary Forces of Mu. Before Mu or Lemuria sinking, they crossed Mexico and set up their home in Arkansas.

This frequency has a Yin-Yang balanced energy. It works horizontally like a massive All Seing Eye. It gives a full perspective, in all directions, dimensions, times and spaces of a certain situation in all its layers. If you have “The Vision” you will be able to see all that is hidden. And you are protected inside of a bubble, and the bubble is the frequency. It’s very good to give peace to the heart and to sleep with. It is also very powerful for long distance energy work. Sacred Continent frequency has a weak Torus but has a stronger amplitude field, so it "marries" perfectly with RaMu. And these two are the best ones to create a Matrix out of this world HARMONISER!!
Element: Ether. Works the 7th Chakra. 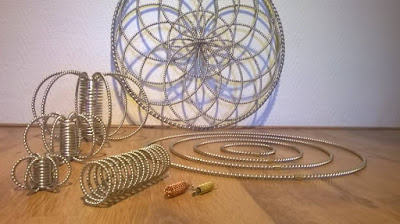 Beneficial Combinations of the Cubits Viking, Ra-Mu and Sacred Continent.
These are a few proven, functional ideas. There are much more. Just follow your intuition and play with them.

- 1 cubit Ra-Mu Tensor Field Generator on the top of a cloudbuster/Chembuster, clears the skies from chemtrails in minutes;
- To kill/erase non-beneficial energy implants (organic and non-organic) on the body: grab 2 neodymium magnets, put one under the affected body area and the other on the top, both aligned, put the tensor rings Ra-Mu and Viking together under it (the magnet at center, inside the rings) and the Sacred Continent cubit ring on the top. Depending in how serious the bad implants are, can take from 5 to 20 minutes to destroy it. Drink warm water after that to help the body release the rest of the toxins;
- 1 Viking ring under and 1 Ra-Mu ring top of the belly to help menstrual cramps go away and ease the pain;
- 1/8 or 1/4 cubits Viking rings on the face to ease tooth pain;
- Sleep with a Sacred Continent ring under the pillow for astral travel and to release past emotional traumatic events;
- Wear double twist copper pendant ring Viking cubit together with a Ra-Mu pendant tensor coil to remove all tensions from the body. The regular stiffness in the upper back and neck are gone using them.
- Viking and Ra-Mu together makes the muscles stronger; they are very good tools for practicing tai-chi or other internal martial arts;
- The 3 frequencies wearing together brings the body to it’s natural state of being;
- Viking and Ra-Mu together produces Qi/Chi energy; in 1 hour it shows the same effects as when someone practices Qigong for a long time;           - Wearing them together it aligns the spine. 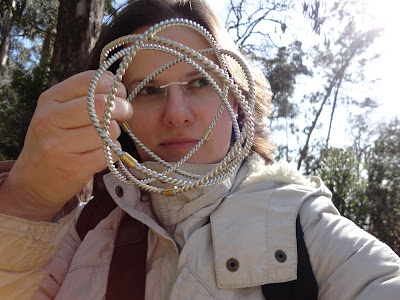 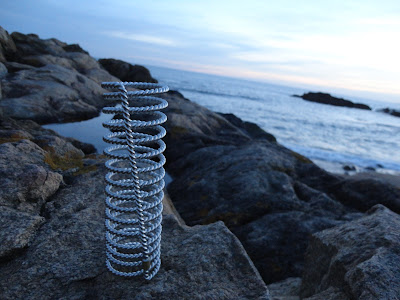 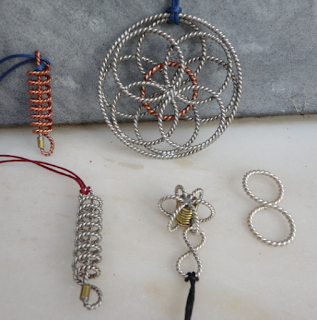 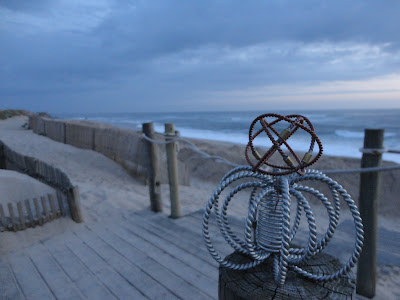 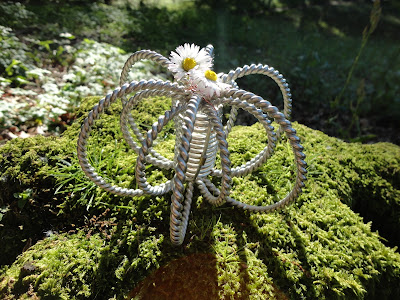 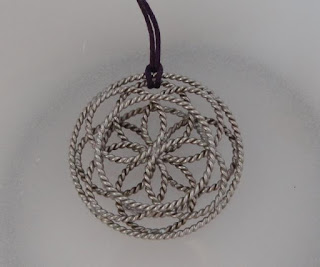 My other Websites - Meus vários Websites

About me - Acerca de mim

Mariana Alves Soprano
EARTH - TERRA, Milky Way - Via Láctea
Soprano Coloratura Mariana Alves was born in Portugal,1977. Started music studies with piano lessons at the age of 14 years and her voice studies at 16. Holds a MM and a Performance Certificate in Opera from SUNY Purchase, USA (2009). Undergraduate in Music Education, Aveiro University, Portugal (2006). Exchange music student at Cracow Academy, Poland (2003/4). Won several Portuguese regional music contests as a singer and as a composer between her 16th and 19th year. Participated in two Portuguese TV singing contests. Won the First Prize at the Young Singers Festival of Stª Mª da Feira, Portugal (2000). Recorded her first original music album “O Castelo-The Castle” in 2001. Was Awarded the Young Creators Scholarship by the Portuguese Institute of Youth and the National Portuguese Center for Culture in 2006 and 2007. Past role: The Queen of the Night in Mozart’s “The Magic Flute”, Aveiro/Vila do Conde,Portugal. She is a polyglot, writer, photographer, composer, actress, voice teacher, Holistic Healing Master-Therapist. Mariana was Artist-in-Residence at New York Lyric Opera Theatre as well as Assistant Director and was part of the Alissa Grimaldi Studio Opera for Singers (NYC).